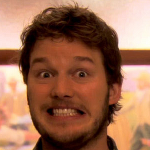 Welcome to the 6teen wiki, and thank you for your contributions! There's a lot to do around here, so I hope you'll stay with us and make many more improvements.

Wiki Activity is a great first stop, because you can see what pages other people have been editing, and where you can help. Seriously, check it out.

Questions? You should check out what we're about here! Also, if you want to be a good editor, you should read the rules. If you're wondering where we need the most help, this blog pretty much outlines it.

Please sign in every time you edit, so that we can recognize you!

It's great to have you around. Stay awhile and edit! And remember, you don't have to be 16 to join!

Another request. Can you remove the start date template from the pages with Special:WhatLinksHere/Template:Start date and make them into normal dates? ZapSpit it out!All I wanna do is stamp you out! 00:14, August 1, 2012 (UTC)

Yes, I also posted this on Sik Dude's talk page, but I need input from every active admin. Anyhoo:

Can do. Thanks for the info. XYDUX

I think the admins should have a summit to discuss any projects that should be undertaken over the next year. Please contact me on my talk page. XYDUX

For some reason, my computer drops the connection when I try to access Mr. Nice Guy. Could you check it and see if it needs quotes? XYDUX

Okay, thanks. That was very helpful to know. XYDUX

I don't think I've thanked you recently for adding all those pictures, so I'm doing it here. Thank you, DoubleDeputyD. XYDUX

Thanks for adding those pictures to the El Sporto's and Things That Beep pages. Is there anything that I can do to help you out? XYDUX

I've been rewatching the episodes, and I've noticed a few things. A good example is "Clonesy". It seems that it would be set near the start of the show, i.e. summer. But in the next episode, Jonesy references them following him and Nikki around on his date. All good, except the episode is the Valentine's Day ep. So my question is, do you think 6teen is set in a floating timeline and, if so, should something be said about it on the "6Teen" page to explain some of the discontinuities?

Okay. It kind of threw me off, so I thought something might need to be said. XYDUX

I've been thinking; would it be okay if I made a list of the jobs Jonesy has held throughout the series? It could be split into two sections: employed and self-employed. (For example, Jonesy's short-lived job at Things That Beep would be "employed" and his scams, such as the water bras in Whoa, Baby would be "self-employed".) It would be set up in much the same way as the List of Instances of Crying by Character page, with one part of the table listing the episode, the second listing the scam, and the third listing reason for firing (or, in case of self-employment, failure). XYDUX

I edited the front page so that it won't have a big gap between some content and the main thing. (I liked the panoramic entrance it had before, but a huge ad was making it so that you couldn't see anything but the ad and purple space, so I added some stuff in.) Could you look at it and tell me if it's okay? XYDUX

I've been writing out scripts for the show for the past few months. So far, I have three seasons done. Do you think they should be posted or not? XYDUX

Okay, thanks for your input. I just need to create a template for them. I'll test it out on a page. In addition, do you think that it should be three-pronged (General/Images and Trivia/Script) or two-pronged (General/Script)? XYDUX

Tørd (Lezowski) suggested we use this as our new header button. I think it looks good, how about you? XYDUX

Thanks for the feedback. XYDUX

Should we split "Bye Bye Nikki" into two pages? It did air as two separate episodes. XYDUX

I'm hoping this community can really be turned into a FANDOM app on Google Play and IOS. I was wondering if the admins can make that a possibility by either making it themselves or contacting the Wikia FANDOM team?

Retrieved from "https://6teen.fandom.com/wiki/User_talk:DoubleDeputy_D?oldid=34822"
Community content is available under CC-BY-SA unless otherwise noted.